We’ve always had the greatest respect for a quality tipple. We’ve traded furs for it, fought wars for it. Even the monks got in on the act. They drank beer because of its health-giving B vitamins and amino acids! What about the old story of High King Muirchertach Mac Erca, who jumped into a barrel of wine to escape from a fire in his castle. He literally drowned in it. That’s some way to go. Surely we will not see these actions this Easter 2016 in Dublin.

Maybe you thought cocktails were new fangled invention. Well surprisingly the Irish have been shaking things up since the High Kings of Tara spiced up their mead with thyme, rosemary and sweet briar.

The profiteers, the Robin Hoods, the chancers, the hard grafters, the beasts, the savages and the saviours are all the people who made Dublin what it is today. Let’s celebrate the magnificent stories and the grim reality and add our own little bit of history to the mix, right here in Fade Street Social this Easter 2016 in Dublin by raising a glass to them.

Also for ALL Centenary details in Dublin, Click Here to visit the www.VisitDublin.com website or an interesting piece on www.IrishTimes.com with plenty of events also listed.

Celebrate the Easter 2016 in Dublin all weekend with our signature cocktails inspired by Old Irish Characters! You can try these cocktails below 2 for the price of  1 on Sunday 27th of March to Tuesday 29th of March!

Cú Chulainn was an ancient Gaelic hero warrior who was gifted with superhuman strength, speed and skill. Setanta was his name as a young boy and his parents were Dechtire and Lugh. At the age of five Setanta left home to join the Red Branch Knights, the army of the king Conor Mac Nessa, who was his uncle.

Cúchulainn was some man. His battle frenzy was so fierce, it took the bare breasts of all the women of Emain Macha to snap him out of it. This cocktail is a nod to his combustible temper.

Ingredients: Basil and chilli are muddled with fresh lemon and grapefruit juice for a firey flavour balanced with Beefeater Gin and refreshing Aperol.

Let’s not forget the legendary Betsy Flanagan! This formidable lady of Irish descent invented the very first cocktail when she knocked up a lethal concoction, known as Betsy’s bracers, and served them to Revolutionary soldiers in her New York tavern. 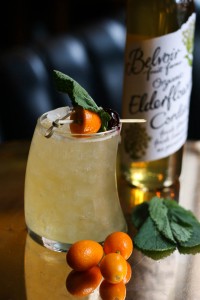 Johnny Forty Coats, Hairy Lemon, Mary Wallpaper, Jembo No Toes, all part of Inner City urban folklore. Then there was Bang Bang who kept his own version of law and order on the streets. Riding the trollies from Parnell Street to the Quays he’d jump on board, shooting passers by with a church key. ‘Bang, Bang! You’re shot. If yeh don’t die, I’m not playin’.’

Harry Mushatt, the man with all the cures, dispensed lotions and tonics from his tenement chemist’s shop on Francis Street, in the heart of the Liberties. Hippo Wine and Squills for coughs, Mushatt’s Foot Paste; people came from all over the city for his legendary hangover cure – Black Draft. Mushatts therapy products are sold to this date!

Ingredients: A delicious after dinner drink with PROSECCO, AMARETTO & CHERRY BITTERS with a CHERRY GARNISH 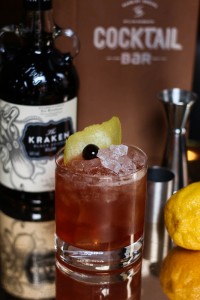 The only cop who could handle the street gangs in 1900’s was Jim ‘Lugs’ Brannigan. Lugs was blessed with an impressive pair of cauliflower ears and a tidy left hook from his amateur boxing days. He put manners on even the toughest brawlers. From the scuffles at Harold’s Cross Greyhound track to the Battle of Baldoyle, Lugs really was the stuff of urban legends.

Brave, hardworking, dedicated and having tolerated no weaknesses in anyone, especially himself – we think Michael Collins himself would approve of this cocktail.